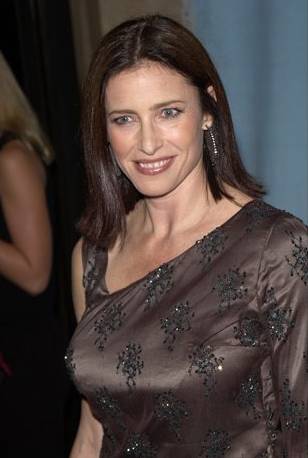 She's best known for her roles in such movies as The Mirror Has Two Faces, Austin Powers: International Man of Mystery, Lost in Space The Movie, Ginger Snaps, and Dumb and Dumberer, as well as the short-lived TV comedy The Loop,the shortlived The Rousters and the equally shortlived Paper Dolls with her, a pre-Jadzia Dax Terry Farrell and Nicollette Sheridan as models. Oh, also, she did some movie called Full Body Massage at some point but surely you're not interested in that. She also figures prominently in season 6 of The X-Files, as duplicitous ex-Mulder-flame Diana Fowley. More recently, she has starred on the Amazon series Bosch.

She was also Tom Cruise's first wife, and introduced him to Scientology. She's not with either anymore.