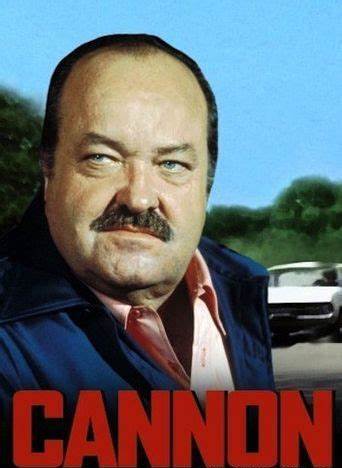 Cannon is a CBS detective television series produced by Quinn Martin Productions which aired from March 26, 1971 to March 3, 1976. The title character, private detective Frank Cannon, is played by William Conrad.

Cannon is a retired cop turned P.I., drives a nice Lincoln car, and likes to eat. He left the force after his wife and child were killed, but unlike Monk, another similarly bereaved ex-cop, it's not the driving force of the series.