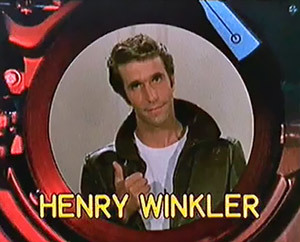 An opening sequence where the cast is shown with their faces in squares, circles, or other shapes. The main point is to help familiarize the viewers with the faces of the characters.

This is hardly ever seen these days, as you can get the same effect by just showing full shots of the cast in the credits, and many shows now don't even have an opening sequence at all, just running the credits in the first few minutes.

The cast of the holiday special is rattled off.

The cast of the holiday special is rattled off.