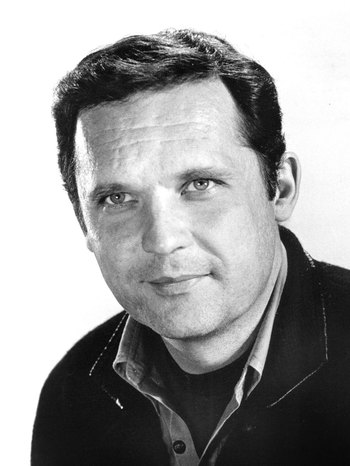 I want you all off this TV Tropes Monday Morning!
Advertisement:

John Keith Vernon (born Adolphus Raymondus Vernon Agopsowicz; February 24, 1932 – February 1, 2005) was a Canadian actor and voice actor. He was best known for playing the Mayor of San Francisco in Dirty Harry (1971), Fletcher in The Outlaw Josey Wales (1976) and Dean Wormer in Animal House (1978).

His children (Kate, Nan, and Chris Vernon) are all actors in their own rights.