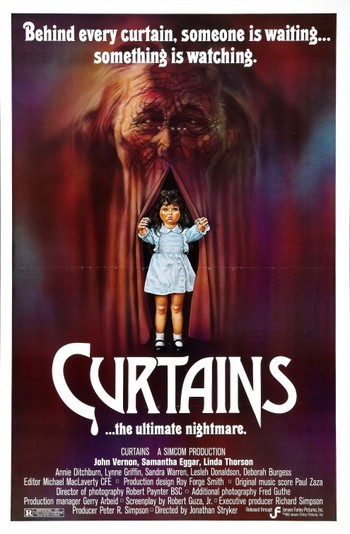 "Have you ever wanted something so badly that you'd do ANYTHING for it?"
— Patti O'Connor
Advertisement:

A slasher film centered on theater and filmmaking, its plot focuses on a group of actresses targeted by a masked killer at a prestigious director's remote mansion where they are auditioning for a role in a movie.

The film suffered from a very messy production, the result of Creative Differences between Ciupka and producer Peter Simpson. This eventually led to the director quitting production and taking his name off the finished product, leaving Simpson having to finish the shoot. Over the next year or so, numerous rewrites and re-shoots were made, resulting in a choppy, disjointed film.

Despite this, the film has since developed a small cult following.