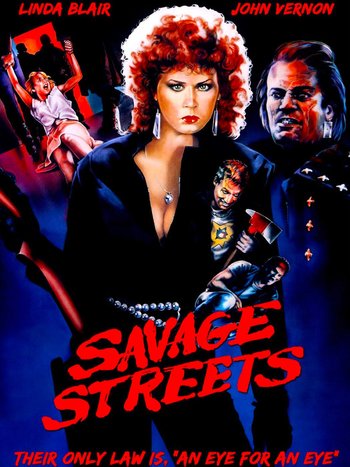 Savage Streets is a 1984 American teen vigilante action film directed by Danny Steinmann that has Brenda (Linda Blair) seeking revenge on a group of thugs who raped her sister Heather (Linnea Quigley) and murdered her best friend Francine.