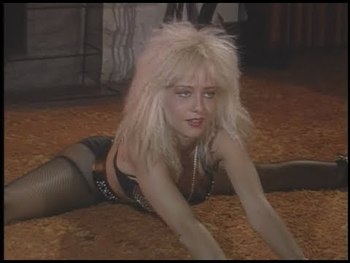 Linnea Barbara Quigley (born May 27, 1958) is an American actress, film producer, model, singer, and author best known as a B movie actress and a scream queen due to her frequent appearances in low budget horror movies during the 1980s and 1990s.