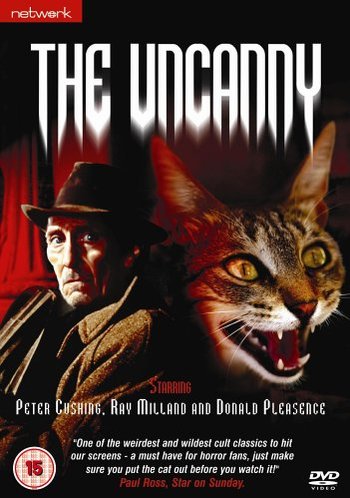 Wilbur Gray (Cushing), a horror writer, has stumbled upon a terrible secret: that cats are supernatural creatures who really call the shots. In a desperate attempt to get others to believe him, Wilbur spews three tales of feline horror.

The Uncanny contains examples of the following tropes: