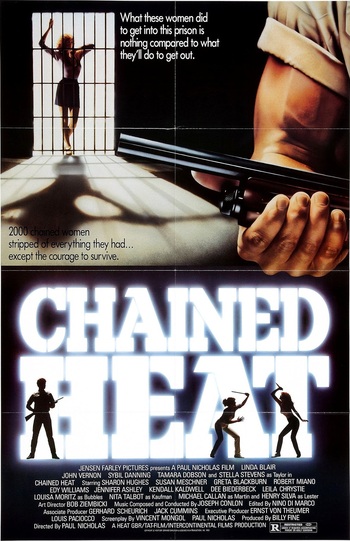 Naive teenager Carol Henderson (Linda Blair) is sentenced to serve 18 months in a California women's prison for accidentally killing a man in a vehicular manslaughter. The prison's leadership is corrupt: Warden Backman (John Vernon) has a hot tub in his office; his assistant, Captain Taylor (Stella Stevens) controls the prostitution in the prison, and to make the matters worse, the prison's population is split between the white prisoners, led by Ericka (Sybil Danning), and the black prisoners, led by Duchess (Tamara Dobson). Eventually the administration pushes the prisoners too far and they drop their race-based feuding to revolt against their common enemy.

The film was followed in 1993 by Chained Heat II, starring Brigitte Nielsen, and in 1998 by Chained Heat 3: Hell Mountain, but both films bear little to no relation to the first film.