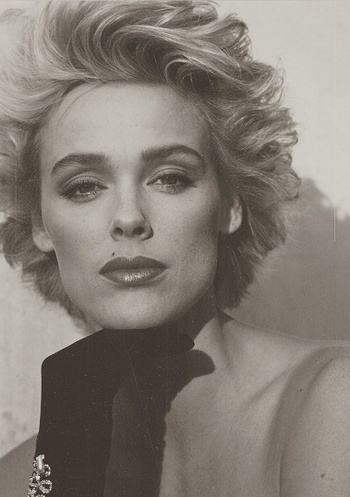 She began as a model, famously photographed by Greg Gorman and Helmut Newton. She then ventured into cinema, with her first role being as Red Sonja in the eponymous 1985 film.

She met Sylvester Stallone when playing Ludmilla Drago in Rocky IV (she would reprise it 32 years later in Creed II) and married him. She then played Damsel in Distress Ingrid Knudsen in Cobra (alongside Stallone again), Karla Fry in Beverly Hills Cop II and the Black Witch in the Italian film series Fantaghirò. She divorced from Stallone in 1987. He was her second husband, and Nielsen has married four more times, with five children (she had the last of them at the advanced age of 54).

She is not related to Connie Nielsen. Or Leslie Nielsen.