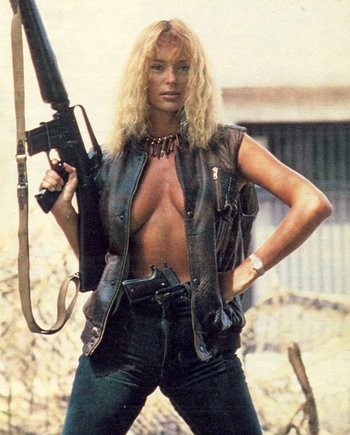 Sybil Danning (born Sybille Johanna Danninger; May 24, 1952 in Wels, Austria) is an Austrian American actress, model, and film producer. She is best known for her frequent appearances in B movies during the 1970s and 1980s. After injuring her back while rehearsing a stunt in 1990, Danning took a hiatus from film making. Fans persuaded her to return to acting in the mid-2000s.