Take Me Out at the Ball Game 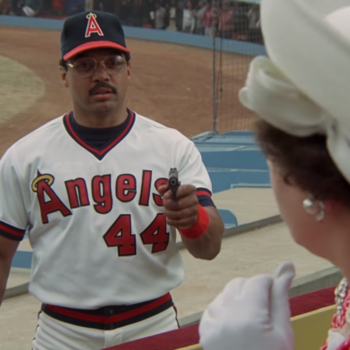 "I must kill the queen."
"Take me out at the ball game,
Take me out in the crowds;
Hit me with poison and a car jack,
I don't care if I'm stabbed in the back.
Let me die, die, die on the home plate,
If they don't weep, it's a shame.
For it's one, two, three hits, you're dead,
At the old ball game."
Advertisement:

A person getting murdered at a sporting event. Creates a situation where there might be hundreds of witnesses, thousands of suspects, but isn't necessarily easier for the detectives.

Title is a reference to the unofficial anthem of baseball

. The quote is Troper Silent Hunter's re-write of the lyrics of the chorus.