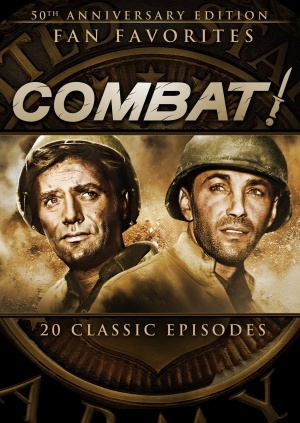 Combat! is a TV series that ran on ABC from 1962 until 1967 about "King Company" during the invasion of France in World War II, starting from D-Day and never farther than that throughout its five-season run. It predominantly featured Sergeant Chip Saunders (Vic Morrow), though his entire squad was just as fleshed out. Robert Altman was a major creative force on the series, directing every second episode of the first season. The show's original writer, Robert Pirosh, also wrote Battleground (1949) and Hell Is for Heroes, which have a similar grounded style to this series.