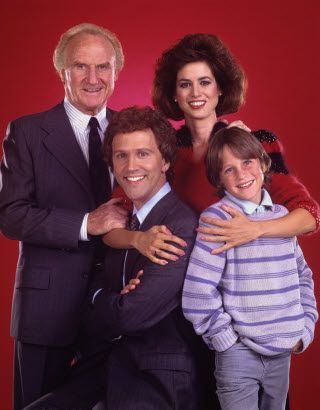 Crazy Like a Fox is an American television series set in San Francisco, California, that aired on CBS from December 30, 1984 to May 3, 1986. The series starred Jack Warden as Harry Fox, a free-spirited private detective who lived by his wits and John Rubinstein as his high-strung attorney son Harrison who unwillingly and frequently found himself dragged into his father's cases.

The show was a hit, breaking the Nielsen Top 10 in its first season and continued to receive respectable ratings in the second season, airing between Murder, She Wrote and Trapper John, M.D.. However, midway through season two, CBS brought back its Sunday Night Movie, displacing the show from its regular period. This caused it to jump around to different timeslots, hurting its ratings and eventually leading to its cancellation. Ironically enough, one of the Sunday night movies the year afterward was the reunion movie/pilot Still Crazy Like A Fox.