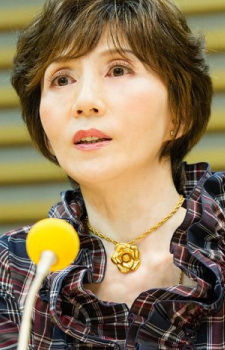 Mrs. Saeko Shimazu (born September 8, 1959) 島津 冴子 is a prolific seiyū from Isehara. As many others, she first had Naïve Everygirl roles, then started branching into more varied archetypes. Her breaching, however, took her to frequently switch to the Yandere or Dark Action Girl types. Also, she's credited to have voice roles in almost all the Rumiko Takahashi works - just look below. She's also done some singing, having recorded some image songs as Kodachi in Ranma ½.

Since she didn't have many major roles in the 90's and later, Mrs. Shimazu was believed to be retired by many people. That prompted the people in charge of the Mobile Suit Zeta Gundam movies to replace her with Yukana. She hasn't had a voice role in a TV series since 2004, despite spotty work on OVA's and video games since, and currently works predominantly as a narrator.

Some of Saeko Shimazu's roles include: