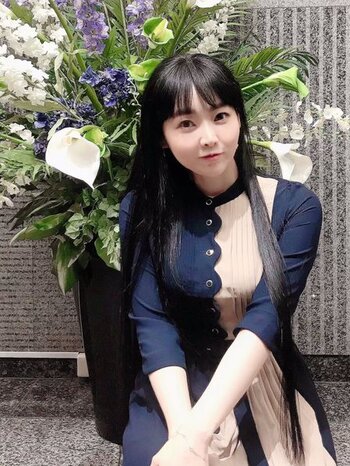 Formerly known as "Yukana Nogami" until she shortened her name. Yukana (born January 6, 1975 in Futtsu, Japan) is one of the more versatile voice actresses that can go between cutesy or into sarcastic voices. Apparently as a child, she was so sickly that even she didn't expect to live longer than 20 years. To ensure she left a mark in history, she chose to become an actress. Her first big hit actually was as the titular character of Azuki-chan and from then on, she started rolling even more roles, from Yuzuriha Nekoi and Meiling and finally, the one that solidified her popularity overseas: Capt. Teletha 'Tessa' Testarossa. The career also recovered her health that she's no longer sickly and she has lived on with her age doubling her earlier death expectancy.

She also got into huge problems after being accused of resorting to Casting Couch to get the role of Four Murasame in the Mobile Suit Zeta Gundam movies, getting the role of C.C helped her to recover, and even more so — it further shot her fame to the sky.

As some radio shows have revealed, she has an interesting Senpai/Kōhai relationship with Tomokazu Sugita; she would often act as his Cool Big Sis and would tease him like a cute little brother. There's a good reason behind this actually. She's also repeatedly been castmates with Aya Hisakawa, Hiro Shimono, Rie Kugimiya, and Shin-ichiro Miki.

Coincidentally, her birthday is only one day off from her Futari wa Pretty Cure co-star Yoko Honna's (though she was born in '79, while Yukana was born in '75).

Servants of the Dark Power!

Er, Yukana-san, your voice was the loudest, you know.
S-sorry... Begone, Terumi. Return to the darkness where you came.