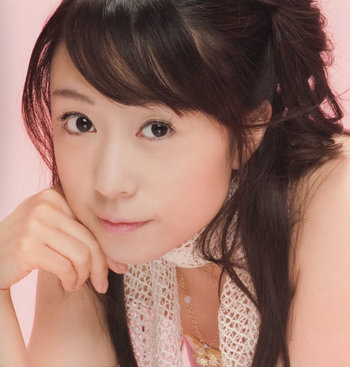 A veteran seiyuu born March 12, 1974. Hekiru Shiina is one of the three seiyuus, alongside Megumi Hayashibara and Mariko Kouda to initiate the third Seiyuu boom. An accomplished singer, this is what she mostly does these days, however, she had her share in voice acting, mostly remembered as the voice of Magic Knight Rayearth's Hikaru Shidou.

While she kind of vanished during the early 2000's, she slowly made her return as a recurring character in the third season of Hell Girl and later as Yuyuko Saigyouji in the fangame-lovechild of Touhou Project and Castlevania — Koumajou Densetsu. This is eventually topped during The New '10s in Danganronpa: Trigger Happy Havoc and its anime adaptation where she plays someone on the opposite spectrum of the role she's mostly remembered as above: Celestia Ludenberg, quite possibly her second most known role (or the first for modern watchers).

In October 31, 2021, Hekiru debuts as Virtual YouTuber or VTuber under her name, "Hekiru" on King Amusement Creative's Youtube channel. Her debut video can be found here

Well, the index should be next, if you would please, troper?
Huh? I thought there's going to be some more ro—
SHUT UP AND GET TO THE INDEX, YOU GODDAMN TROPEEEEEERRR!!!