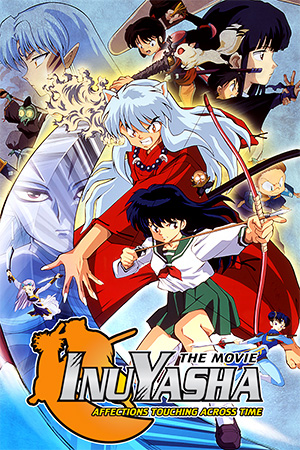 Inuyasha the Movie: Affections Touching Across Time is the first of the four Inuyasha movies, released in 2001.

200 years ago, Inuyasha's father defeated Hyōga, a Chinese daiyokai, and his son Menōmaru, and sealed them away. Now, a shard of the Shikon Jewel has broken the seal on Menōmaru, and it falls to Inuyasha and his friends to finish what his father started... if they can.

Inuyasha the Movie: Affections Touching Across Time provides examples of: