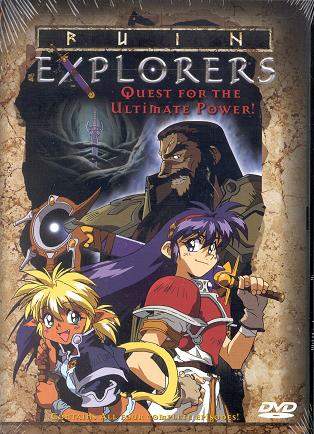 Ruin Explorers is a manga written by Kunihiko Tanaka, who also made character designs for Xenogears and Xenosaga Episode 1; it was made into a 4 episode OAV by ANIMATE and Ajia-do. It covers the exploits of Fam and Ihrie as they explore ruins and search for the Ultimate Power.

Compare with Slayers and in less degree, with Queen's Blade, being the Spiritual Successor of sorts, since both titles were published by Hobby Japan.