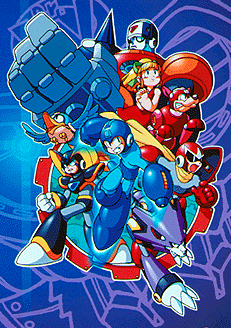 Mega Man 2: The Power Fighters is a 1996 Arcade Game (obviously based around the Mega Man (Classic) series). It follows the previous year's Mega Man: The Power Battle.

The game plays like its predecessor, but has the addition of a fourth playable character, Duo, from the then-upcoming Mega Man 8.

Don't confuse this game with Mega Man 2 for the NES or Mega Man II for the Game Boy.