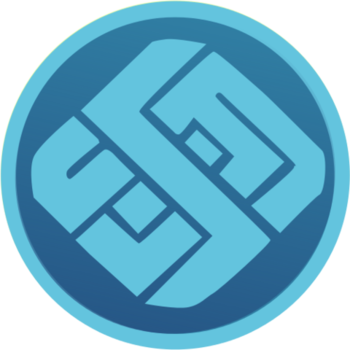 Universe 6 residents were the main antagonists of the Champa Saga.
Advertisement:

Universe 6 is the twin universe of Universe 7, being the home of alternate counterparts to the Saiyans and Frieza's race, with them being more heroic than their counterparts. The Saiyans are a race of heroes, and the universe emperor, Frost, is a noble hero beloved by many of its residents. It is also known as The Universe of Challengers.

This universe is under the supervision of the God of Destruction Champa, who appropriately enough, is Beerus' twin brother.

On the multiverse scale, Universe 6 ranked 10th in mortal level quality, being the third worst.note In the manga, they're now the second worst after the events of the Tournament of Power In the anime, they had the second-most eliminations in the tournament, with Universe 7 being #1. In the manga, they scored the most eliminations by a very long shot.

This universe provides the following tropes: 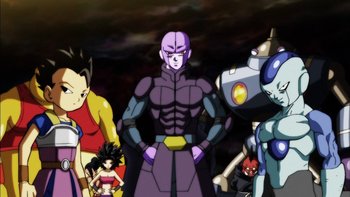 Voiced by (Japanese): Mitsuo Iwata
Voiced by (English): Jason Liebrecht (Funimation), Kirk Thornton (Bang Zoom!/Toonami Asia in Super)
Voiced by (Latin American Spanish): Martín Soto
"When you're a big star like me, you have to make an entrance with a little panache."

Beerus' twin brother and the God of Destruction of the Sixth Universe. He seeks the seven Super Dragon Balls for an unknown purpose.

Voiced by (Japanese): Yuriko Yamaguchi
Voiced by (English): Caitlin Glass (Funimation), Tamara Ryan (Bang Zoom!/Toonami Asia in Super)
Voiced by (Latin American Spanish): Romina Marroquín Payró note  Credited under "Romy Marroquín"
"Champa has neglected his health, as you can clearly see. He claims it doesn't get in the way of his work."

Whis's sister. She is the attendant to her god the same way Whis is to Beerus.

As an angel and possibly stronger than Whis, she was quite likely Dragon Ball's most powerful character at the time of her introduction and would remain so until Zeno showed up. She still remains one of the strongest females to date by far, considering Whis' Hypercompetent Sidekick status and that Champa seems to be "Beerus, but worse".

Advertisement:
Fuwa and his Attendant 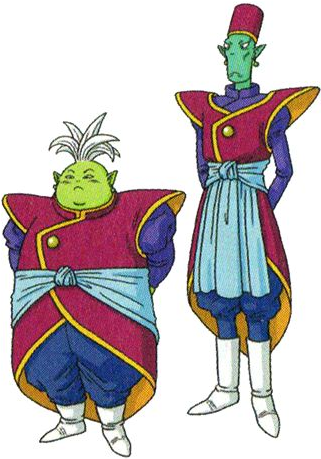 Just like how Universe 7 has a Supreme Kai, Universe 6 has a Supreme Kai as well, named Fuwa. He's paired with his attendant as well. Fuwa is usually commentating on the battles, usually bickering with the Old Kai. 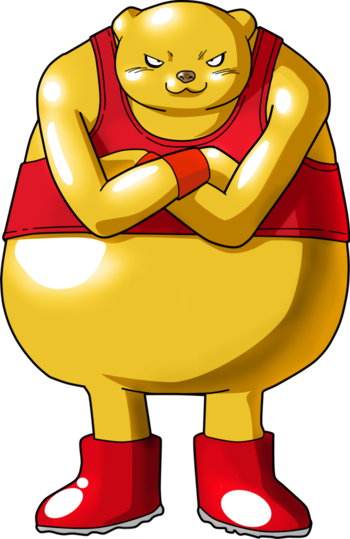 A warrior from Universe 6, resembling a large yellow bear. He fights Goku in the tournament and is the first opponent overall. 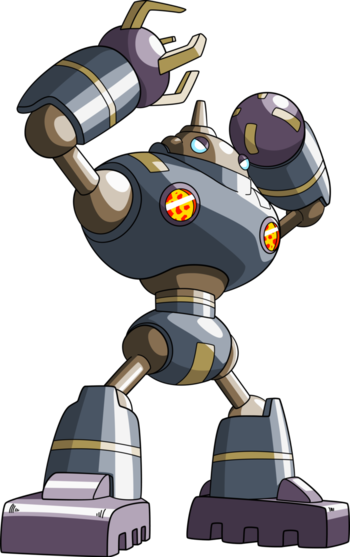 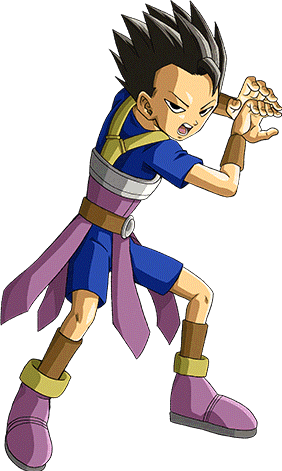 Click here to see him as a Super Saiyan 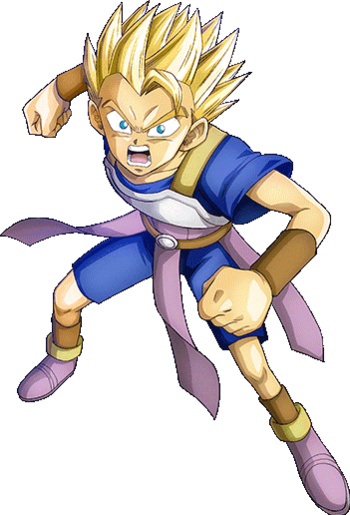 Click here to see him as a Super Saiyan 2 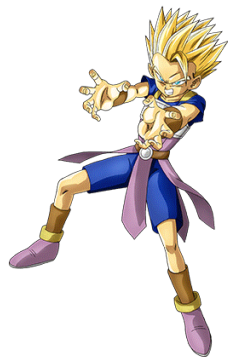 A Saiyan from Universe 6 chosen by Champa to fight for him in the Universe 6 Tournament. Considered The Ace of the Sadala Defense Force and one of his race's best warriors. He fights Vegeta in the tournament and is the fourth opponent overall.

During his fight with Vegeta, he is taught how to transform into a Super Saiyan, and starts to declare Vegeta his master, which Vegeta tries to deny. He promised Vegeta to introduce him to Planet Sadala and its king one day. 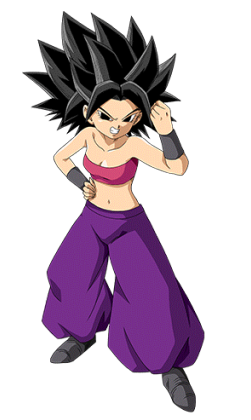 Voiced by (Japanese): Yuka Komatsu
Voiced by (English): Elizabeth Maxwell
Voiced by (Latin American Spanish): Andrea Orozco
"Of course, I'm scared...of my infinite potential! Seeing Jiren and Son Goku fight made me certain. I'm a Saiyan too. I'm sure I can still get much, much stronger."

Voiced by (Japanese): Masami Kikuchi
Voiced by (English): Richard Steven Horvitz
Voiced by (Latin America Spanish): Francisco Colmenero
"You two seem like you're itching for a fight. That's good, because if there's one thing I always love demonstrating to opponents, it's how I, Dr. Rota, earned my title!"

A red boar who's a fighter for Universe 6.

One of the two Namekians participating in the Tournament of Power for Universe 6. 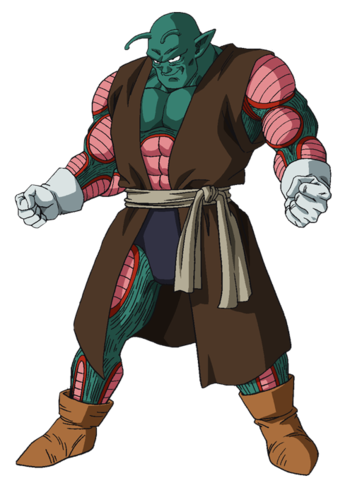 One of the two Namekians participating in the Tournament of Power for Universe 6.

Kefla
The Potara fusion between Kale and Caulifla. See Dragon Ball Fusion Cast for tropes relating to her.

The Universe 6 Saiyans are mirror counterparts to the Universe 7 Saiyans. Unlike their U7 counterparts who were remorseless Space Pirates who caused mass genocide, the U6 Saiyans are protectors of peace across the universe. They also identify themselves as a warrior race, just like the U7 Saiyans, except they see it as their duty to use their power to help people, not terrorize them.

Little is known about the U6 Saiyans except that they didn't destroy their home planet, unlike the Universe 7 Saiyans. They also evolved differently, namely they don't have tails and appear to be overall stronger than their U7 counterparts. They are more comparable to the hybrid Saiyans of U7 than the pure-blooded Saiyans.

The king of the Saiyan race on Universe 6.

As a well-known delinquent, Caulifla has a band of followers that follow her around. In the anime, they are a band of punks, while in the manga, they are all female bandits. 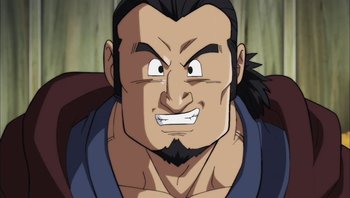 A Saiyan from Planet Sadal, and the older brother of Caulifla. He was formerly the captain of Planet Sadal's Defense Squad but had to retire due to a leg injury. He trained Cabba.

The Universe 6 counterparts of the Namekians.

Characters from outside materials:

Oran and Kamin
A pair of twin Tuffles from Universe 6.