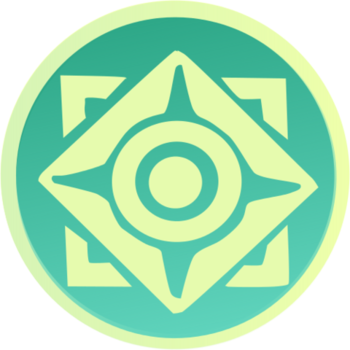 The self-proclaimed universe with the highest intellectual level, Universe 3 is known as the spiritual universe. Is Overseen by the God of Destruction Mosco, the Supreme Kai Ea, and the Angel Camparri. Along Universe 10, they form a twin Universe.

They ranked 7th among the Universes with the highest mortal level, only being behind Universes 2 and 11 in terms of Universes that are forced to participate in the Tournament of Power. 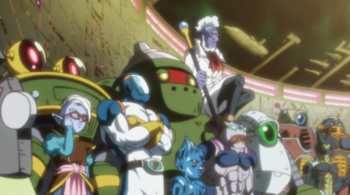 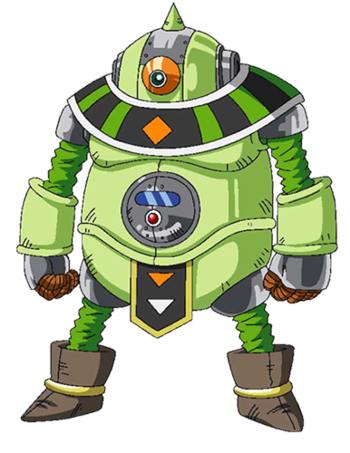 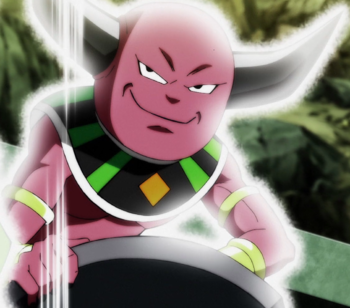 Voiced by (Japanese): Daisuke Kishio
Voiced by (English): Chris Cason
Voiced by (Latin American Spanish): Arturo Mercado Jr.
"If we fight well and win... we will all survive."

Mosco is the God of Destruction of Universe 3. Looks like a robot, and communicates through electronic sounds.

The angel serving Mosco, and acts as his translator.

Voiced by (Japanese): Makoto Naruse
Voiced by (English): Alfie Coy
Voiced by (Latin American Spanish): Luis Fernando Orozco
"With all due respect to my brawny colleague from the 2nd Universe, perhaps you are unaware of the superior intellectual prowess of the 3rd Universe?"

The Supreme Kai of Universe 3. Slightly influenced by mortals who like machines. 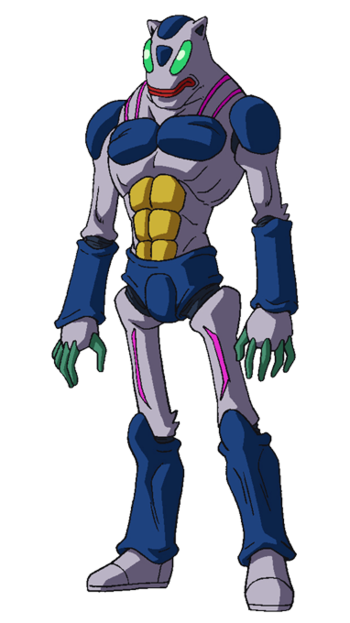 Voiced by (Japanese): Daisuke Kishio
Voiced by (English): Jon Allen
Voiced by (Latin American Spanish): Raymundo Armijo
"Now you have seen the scope of Narirama's Super Survive ability. And the retrofits on our other team members are just as ingenious. There couldn't be a more perfectly suited team. The victory and survival of our universe is inevitable."

The greatest modified warrior of Universe 3, and the one responsible for the majority of the team's modifications. However, he gets knocked out of the tournament by Cabba (in the anime), with absolute zero fanfare. 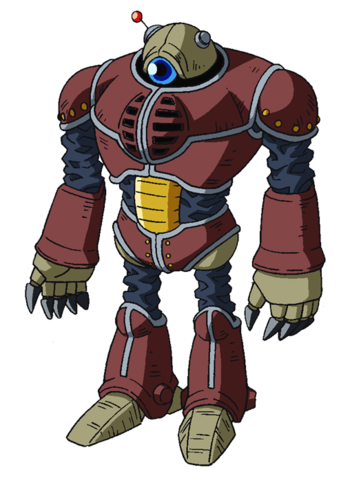 A super survival specifications modified warrior created by Nigrissi in order to participate in the Tournament of Power, augmented to stay in the ring at all costs. 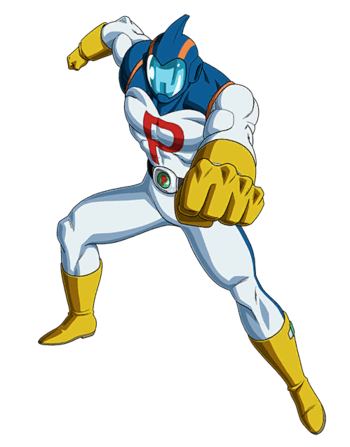 Voiced by (Japanese): Yūsei Oda
Voiced by (English): Garret Storms
Voiced by (Latin American Spanish): Ricardo Méndez
"I am Catopesra! Policeman of justice! He who shields the good citizens of Universe 3 from the clutches of evil! In service of those I've sworn to protect, I call on the powers of my super robot suit!"

A police warrior from Universe 3 with power armor. He was considered a key player in the Tournament of Power, despite the fact his performance in the anime was mostly for comic relief. Worse in the manga, where he's the first of Universe 3 to get taken out.

A green-skinned alien with powered armor and mechanical wings. 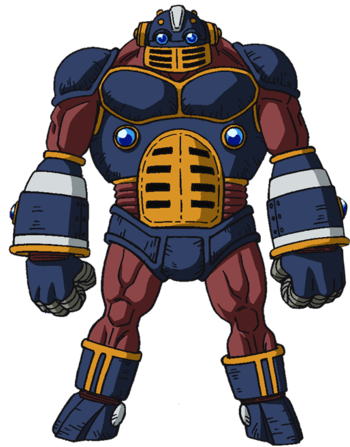 A red-skinned alien with augmented head, torso, shoulder pads, wrists, hands, waist and feet. These modifications made him nearly impervious to damage. 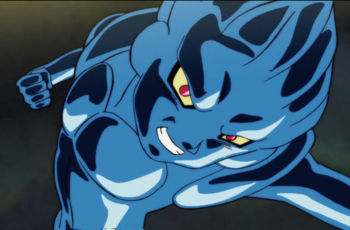 A fighter with an unique liquid body that allows him to change his body at will.

A scientist from Universe 3 and the team leader of Team Universe 3. Considered a key player for Universe 3, and for very good reasons as well. 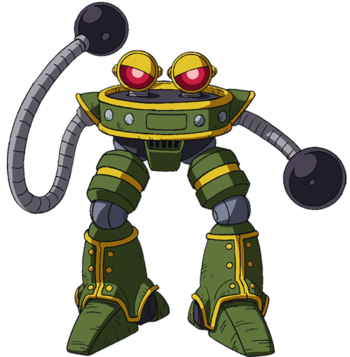 One of Dr. Paparoni's creations, and the forefront member of the Koicéareta trio. 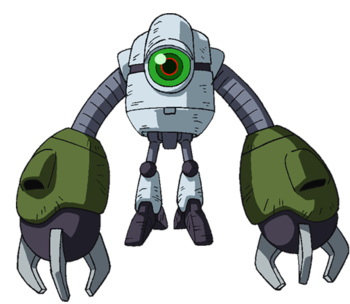 One of Dr. Paparoni's creations. The second member of the Koicéareta trio. 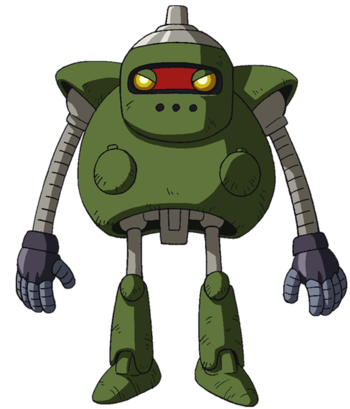 One of Dr. Paparoni's creations. The third member of the Koicéareta trio. 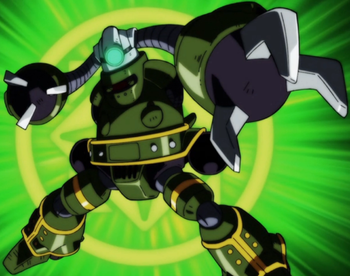 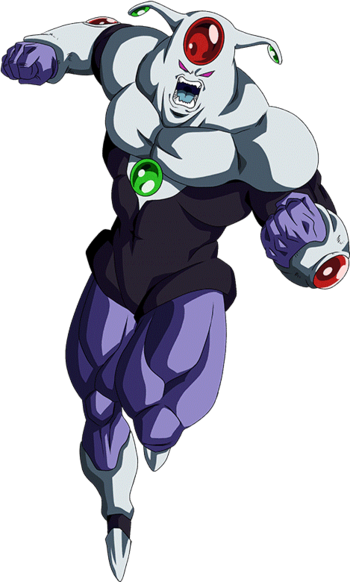 Voiced by (Japanese): Hisao Egawa
Voiced by (English): Christopher Bevins
Voiced by (Latin American Spanish): Héctor Estrada
"I was hoping I could avoid this... but you leave me no choice. I'm going to knock every last one of you out of the tournement, even if it costs me my life! You're about to face the ultimate secret technique of the 3rd Universe, from which there is no escape!"
— Paparoni

Mosco: Beep! Boop! Beep!
Camparri: Lord Mosco advises you to not spend too much time here.