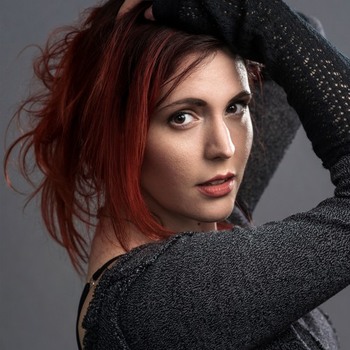 You won't get tired of my voice, will you?
Amber Lee Connors (born April 9, 1991) is an American voice actress, casting and voice director and script writer who has provided voices for English dubbed Japanese anime and video games. Born in Cleveland, Ohio, she started to rise in prominence in 2015 and now works professionally in the Los Angeles area. She is currently married to fellow voice actor Howard Wang.
Advertisement:

She has also worked with Team Four Star under the alias Shudo Ranmaru.

Not to be confused with fellow voice actress Amber Connor, whose name is nearly the same.

"Let's go somewhere more private... SO I CAN EAT YOU."
Feedback