Character subpage for the Universe 2 characters. 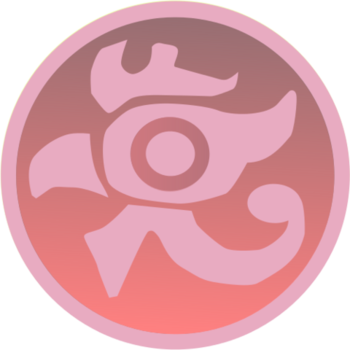 "This is the greatest form of Universe 2's warriors. Their mortal level may not be sufficient, but their love level is the highest in all universes!"
— Heles

The second Universe is also known as the Gentle Universe due to centering on The Power of Love. Universe 2 is overseen by the Goddess of Destruction Heles, the Supreme Kai Pell, and the Angel Sour. They form a twin Universe with Universe 11.

They ranked 6th among the universes with the highest mortal level, only being behind Universe 11 in terms of Universes that are forced to participate in the Tournament of Power. 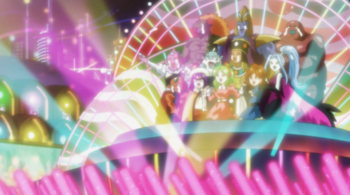 Heles is the Goddess of Destruction of the second universe. Has a thing for beautiful things, and will destroy anything she considers ugly.

She was designed by both Toriyama and Toyotarō.

The angel serving Heles. Doesn't like the macho type, and prefers the intellectual side of things. 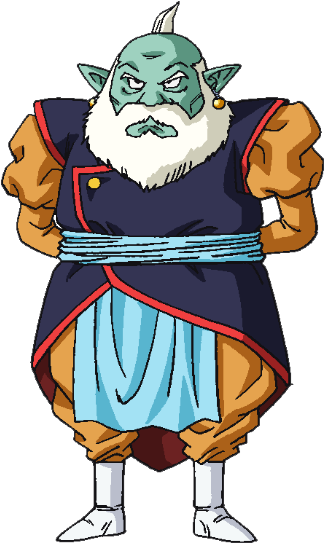 Voiced by (Japanese): Kōzō Shioya
Voiced by (English): Charlie Campbell
Voiced by (Latin American Spanish): Eduardo Tejedo
"A lot of good smarts won't do, you brainiac. It's called the "Tournament of Power"! Sheer brute force is all that's gonna matter!"

The Supreme Kai of Universe 2. Works to get ripped. 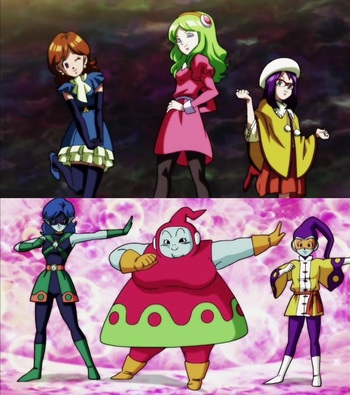 "Let it bloom, let it ring. The song of love and victory!"
— Brianne de Chateau

A team of Magical Girls, lead by Brianne de Chateau, that have the power to transform into more powerful forms. They were chosen by Heles as the representant of Universe 2 for the Tournament of Power. All of them were considered key players in the tournament of power, despite one of them getting knocked out in the same episode of their introduction. 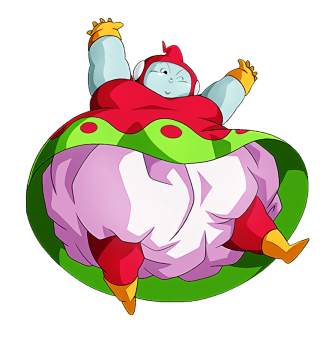 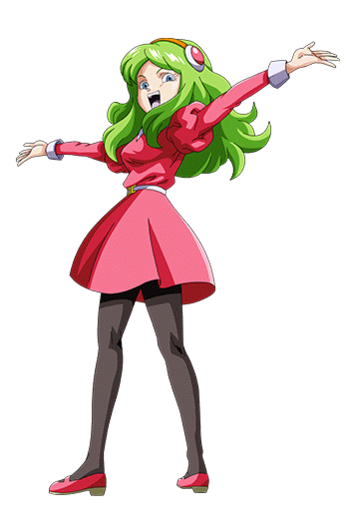 Voiced by (Japanese): Rina Kitagawa
Voiced by (English): Veronica Taylor
Voiced by (Latin American dub): Lety Amezcua
"Happiness to one and all, I send you my love! Ribrianne!"

Brianne de Chateau looks like a normal girl, but with an invocation, she can transform into the Magical Girl Ribrianne. She represents Universe 2 for the Tournament of Power and is the leader of the Maiden Squadron.

Her rotund transformed state was designed by Akira Toriyama.note However, as noted under Adapted Out, her "Brianne de Chateau" base persona was wholly produced by the Toei Animation staff, and her transformed Ribrianne state is implied to be her normal appearance in the manga adaptation. 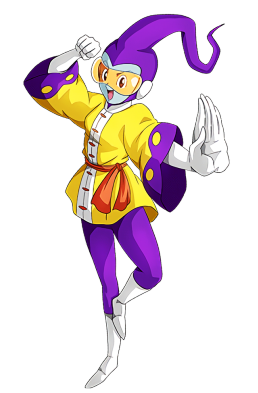 A kind and gentle looking girl, who with the power of a transformation, turns into the Magical Girl Roasie. She is a warrior for Universe 2, participating in the Tournament of Power. 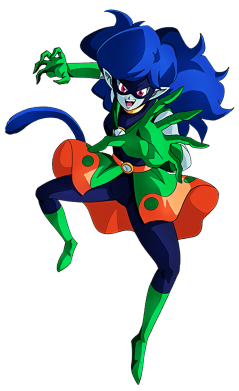 Voiced by (Japanese): Ryoko Shiraishi
Voiced by (English): Morgan Berry
Voiced by (Latin American Spanish): Betzabé Jara
"The thunder of the wild! And the roar of love! Kakunsa!"

The third member of the Maiden Squadron, who with the power of transformation turns into the Magical Girl Kakunsa. She is a warrior of Universe 2, chosen by Heles to participate in the Tournament of Power 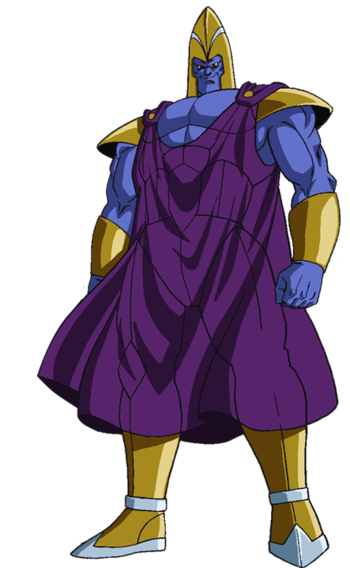 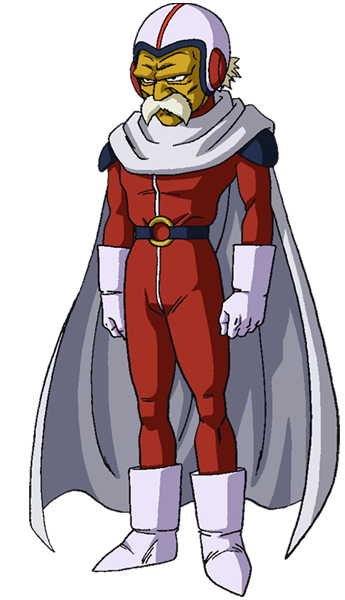 Voiced by (Japanese): Yasuhiko Kawazu
Vocied by (English): Mark Stoddard
Voiced by (Latin American Spanish): Óscar Rangel
"No matter how many times we fall, we rise!"

Voiced by (Japanese): Masasaku Morita
Voiced by (English): Derick Snow
Voiced by (Latin American Spanish): Ricardo Méndez
"Yeah, I hear it! The voices of the people praying for our victory!"

Voiced by (Japanese): Yasuhiro Mamiya
Vocied by (English): Sonny Franks
Voiced by (Latin American Spanish): Héctor Estrada
"You fool! You shall not hurt the hope of Universe 2! Maidens, love and hope shall never die!"

A Yardrat who fights for Universe 2.

A sniper who teams up with Prum. 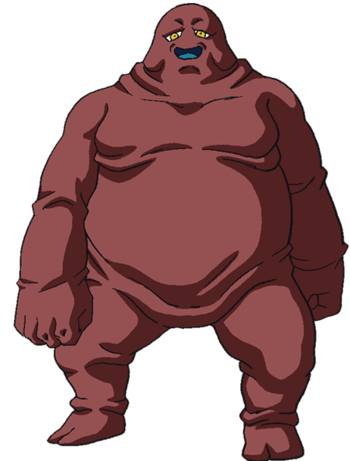 A heavyset fighter who teams up with Harmira. 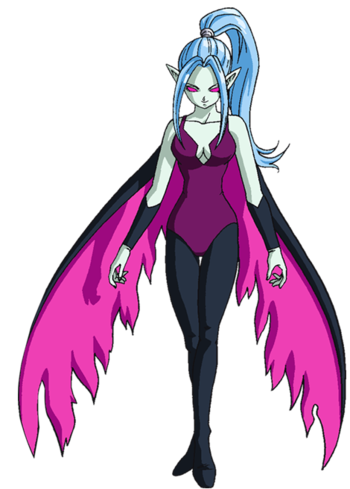 A harpy fighter with the ability to fly. Has a relationship with Sanka Coo.

"I for one feel this place is quite beautiful."
— Heles