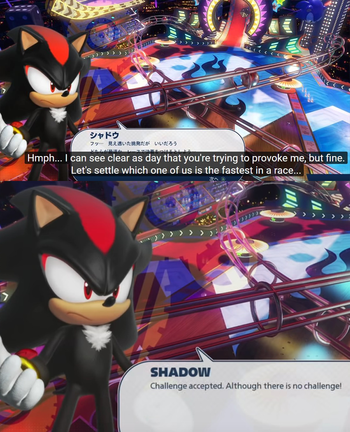 This is usually due to Values Dissonance, cultural differences, or marketing reasons. A character's personality might be more acceptable at home than it is in other cultures, so translators soften them up or otherwise edit their dialogue. Othertimes, it's also a case of Character Exaggeration or an attempt at making characters less cute or goofy. Tropes Are Not Bad as, though most people associate this trope with bowdlerization, it can work and sometimes is even preferred by many fans.

Compare to Adaptation Personality Change, for when adaptations change a character, and Cultural Translation, for when details get changed to fit cultural differences. Can be the result of She's a Man in Japan.