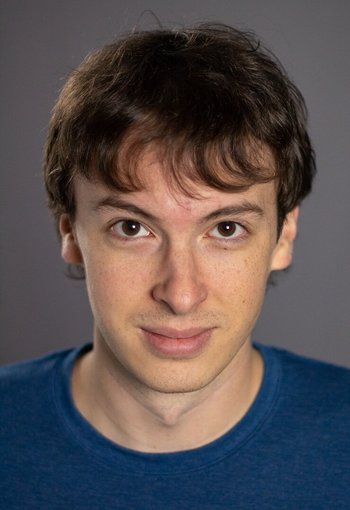 Sean Chiplock (born June 21, 1990) is a voice actor and Twitch streamer who got his start on the internet. During the 2000s, Sean provided voice acting for various web series and videos. He went on to win the title of AX Idol in 2009 and officially entered the industry in the 2010s. His most notable roles are Kiyotaka Ishimaru from Danganronpa: Trigger Happy Havoc, Rean Schwarzer from The Legend of Heroes: Trails of Cold Steel, Revali from The Legend of Zelda: Breath of the Wild, and Guido Mista from JoJo's Bizarre Adventure: Golden Wind.

He also has a channel on Twitch

where he streams games on a regular basis and engages with his fans.

If you keep clicking on too many links here, I suppose we're done. You might want to start worry about the well-being of your life! Hear what I'm saying, you bobble-headed troper?!
Words from the unwise mortal...