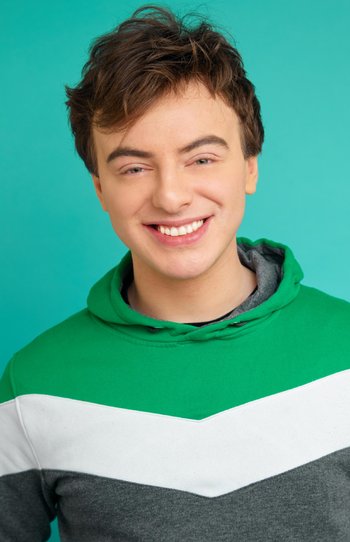 Hey, BonBon! I th-think that's the troper over there-ere! We should go give him a surprise!!

Although he has done voice work since 2010, he rose into fame with his roles in the Five Nights at Freddy's franchise and has been voicing in popular media such as My Hero Academia and Yandere Simulator.