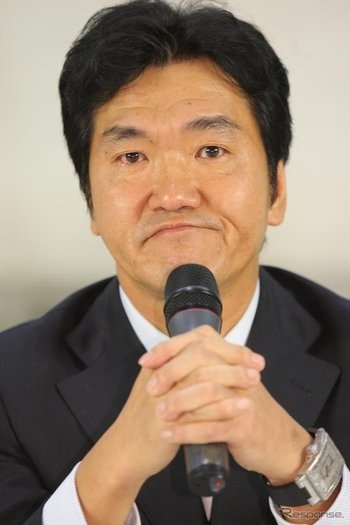 Bin Shimada (島田 敏 Shimada Bin, born November 20, 1954, in Niigata, Niigata, Japan) is a Japanese voice actor affiliated with the talent management firm Aoni Production. One of the more veteran seiyu, Shimada is known for his versatility by using only his main tone. He can be easily identified by his high-pitched, almost comedic-sounding voice, and can still manage to be a badass. He also has a signature laugh that's usually prevalent in most if not all of his characters.

Bin is also known as "The King of SRW Mooks" due to his extensive portrayal of almost every single damn mook in the Super Robot Wars franchise. Bandai must've covered him some hefty insurance.

I won't die alone. I'm going to take your soul with me, Nobuo Tobita
Hemu!