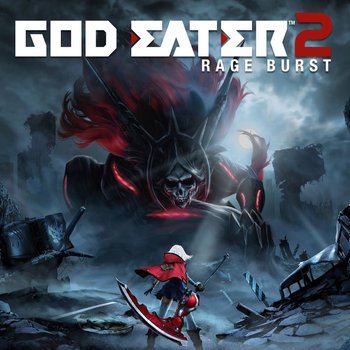 The second game in the God Eater series of Action RPGs. It was released in Japan on November 14, 2013 for PlayStation Portable and PlayStation Vita.

Three years after the events of the previous game, a mysterious red rain has started to fall over the world, infecting those caught in it with a fatal disease called the Black Plague. Meanwhile, a new type of Aragami, called Psions, has also appeared, and cannot be defeated by regular God Eaters. Helping to even the odds for humanity is a special class of God Eater who wield a new ability called Blood Power, which allows them to perform special moves and fight against the Psions.

An Updated Re-release, God Eater 2: Rage Burst, was released for PlayStation 4, PlayStation Vita, and Steam on February 9, 2015 in Japan and August 30, 2016 in the rest of the world. It adds an additional storyline, a new weapon type, the Variant Scythe, which was previously introduced in God Eater Resurrection, as well as a new Super Mode called Blood Rage.