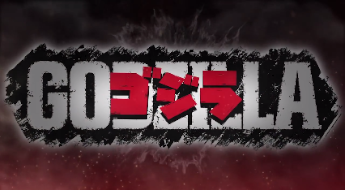 Godzilla is a 2014 video game developed by Natsume and published by Bandai Namco Entertainment, and the first Godzilla game since Godzilla: Unleashed was released 7 years earlier, assuming that one doesn't count the mobile games for Godzilla (2014). The game was originally developed for the Playstation 3, with a Playstation 4 port. However, production of physical copies of the Playstation 3 version has ceased, and only the PS4 version is available as of February 2015.note The PS3 version is available via digital download, however, but watch out for scalpers if you're in the market for a physical copy! Tamashii Nations, the makers of the S.H. MonsterArts toyline, designed the character models for the monsters. The game was released in Japan in December 2014 and was be internationally released on July 1st, 2015.

The simple story, much like the Millennium series, is a standalone follow-up to a variant of the original film. After the original Godzilla attack in 1954, Japan studied Godzilla's energy and turned this "G-Energy" into a new clean power source. 60 years later however, a second Godzilla, a 50 meter version of the Heisei Godzilla, has emerged, seeking to destroy G-Energy plants and grow larger and stronger, fighting the JSDF and the various monsters that have climbed out of the woodwork, culminating in a clash with a third Godzilla.

In April 2015, it was announced that Japan would be getting a significant expansion pack for the game entitled Godzilla VS featuring online multiplayer and the ability to play as any monster in the game. Shortly afterwards, it was confirmed that the international release of the game features this additional content.

The first teaser can be seen here

. The official site can be found here