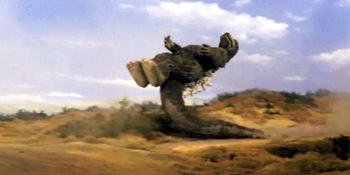 What, you didn't think the King of Monsters could pull off a Dynamic Entry?
Advertisement: