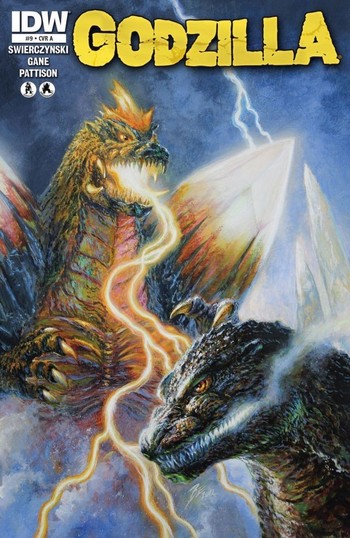 The second installment of IDW's ongoing Godzilla continuity set several years after the events in Godzilla: Kingdom of Monsters. After an attack on Washington, courtesy of Godzilla, former British spec-ops Chauncey "Boxer" Louis forms up a "Monster Kill Crew" in order to bring down not only reawakened Kaiju, but also new ones coming out of the woodworks. However, things may not be as they seem and soon enough, Boxer and his team find themselves way over their heads