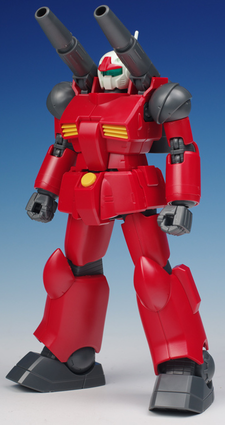 A Sub-Trope of Unusual Weapon Mounting, basically it's a weapon (such as a Gatling Gun or rocket launcher) mounted on the shoulder(s). Usually involves Powered Armor. The issues of recoil and the attendant potential for spinal injury, not to mention the difficulty of reloading a magazine that's way back there, are almost never addressed. Though the aforementioned link to power armour can address most of the problems so simply it's hardly worth mentioning.

Compare Backpack Cannon, which may be mistaken for this as they usually extend over the shoulder.