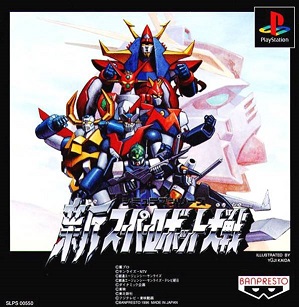 Shin Super Robot Wars is the first Super Robot Wars title released on the PlayStation. In a similar vein to Masou Kishin: The Lord of Elemental, the game eschews the Super-Deformed formula from previous SRWs and renders the Humongous Mecha into full-sized. Although Shin is largely forgotten, the protagonists and their Combining Mecha "SRX" (Super Robot Type-X), not to mention their antagonists, the Balmar Empire, would be a precursor to the overarching storyline present in the later Super Robot Wars Alpha series.