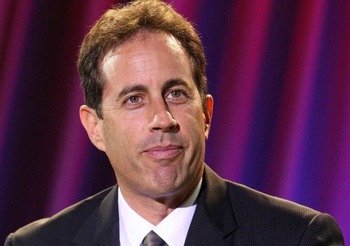 So, what is the deal with Jerry Seinfeld?

Well, Jerome Allen Seinfeld (born April 29, 1954, in Long Island, New York) is an American stand-up comedian who specializes in observational humor. He also co-created the long-running sitcom Seinfeld with Larry David, where he played a fictionalized version of himself. After Seinfeld ended, he returned to stand-up and didn't act again, except for making cameo appearances in several TV series and voicing the main character in the 2007 animated film Bee Movie.

As of 2015, he hosts the web video series Comedians in Cars Getting Coffee.