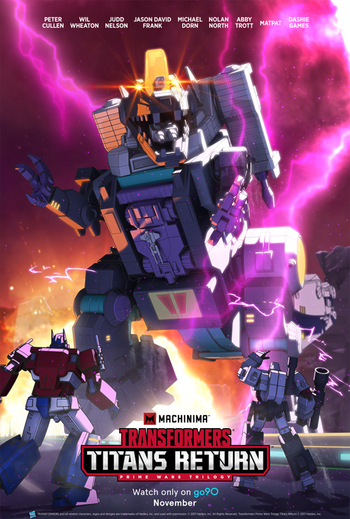 The follow up to The Transformers: Combiner Wars. With peace reestablished, a new threat emerges: The Titans have returned. A sequel series, The Transformers: Power of the Primes, released in 2018 to complete the trilogy.