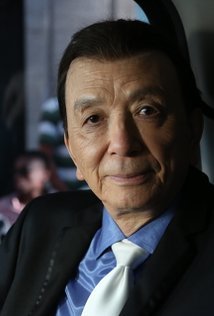 Wu Hanzhang (吴汉章), aka James Hong (born February 22, 1929 in Minneapolis, Minnesota) is a very, very prolific American character actor of Chinese descent. He credibly claims more credits than any other actor, living or dead; as of August 2020 his entry

You may remember him as:

Name a TV series, from Have Gun – Will Travel to The X-Files to Malcolm in the Middle, and he's been in at least one episode. Fans of Seinfeld may remember him as the Maitre d' from the famous "Chinese Restaurant" episode. He also played Maitre d' at a Chinese restaurant in Flower Drum Song (1961), All in the Family (1975), Alias (2001) and The Big Bang Theory (2007-8).

As a voice actor, he has performed such roles as Chancellor Chi-Fu in Mulan and Mr. Ping in the Kung Fu Panda franchise, as well as playing Heng Long in Marlow Briggs and the Mask of Death, Azmorigan in Star Wars Rebels, Daolon Wong in Jackie Chan Adventures , Professor Chang in Teen Titans, O-Sensei in Batman: Soul of the Dragon, The Elder in Star Wars: Visions and even a couple of characters on Avatar: The Last Airbender (Monk Tashi of the Southern Air Temple and Mayor Tong of Chin Village, to be exact) .

He is also a former president of the Association of Asian/Pacific American Artists, and co-founder of the East-West Players, a training ground for generations of Asian-American actors coming after him.