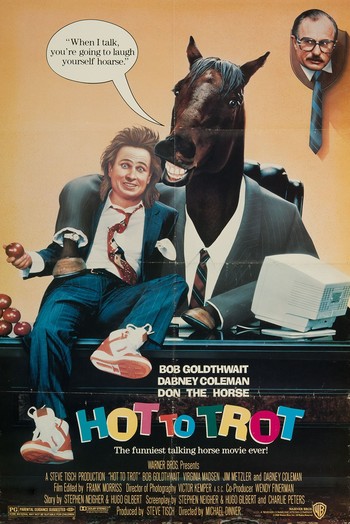 Hot to Trot is a 1988 comedy starring Bobcat Goldthwait, Dabney Coleman, and John Candy as the voice of Don, a talking horse.

Goldthwait plays Fred P. Chaney, whose mother has died and left him a horse, Don, as well as half ownership of a company, his step father Walter Sawyer (Coleman) owning the other half and wanting to buy Fred's share, only for Fred to want to help run the company (having previously been working in the mailroom). Don, the talking horse, is able to give Fred stock market tips, allowing him to become rich.

The movie became rather infamous at the time for being a critically panned Box Office Bomb, and was a troubled production with several re-shoots and re-casts in the span of only a year and a half.