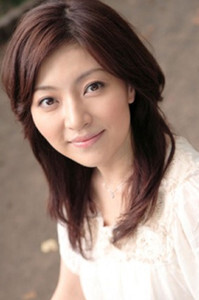 Yoko Honna (born January 7, 1979) is a seiyu and former child actress from Saitama. One of her earliest credits was playing two different Tagalong Kids in an episode each of Kamen Rider BLACK and Kamen Rider BLACK RX, and she was only about 10 then. Now, she voices women with large breasts like Sumeragi in Mobile Suit Gundam 00. If you want a 'tamer' version, you may hear her as Nagisa of Futari wa Pretty Cure. Which means that Cure Black is indeed a Kamen Rider. To make sure it's not a joke: [1]

Funnily enough, her birthday is only one day off from Futari wa co-star Yukana's (though they were not born in the same year).