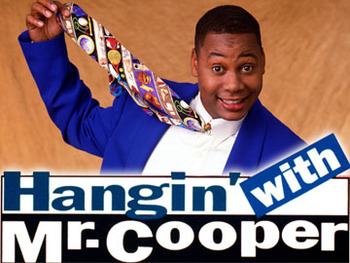 Hangin' with Mr. Cooper is an American sitcom that aired on ABC from 1992-1997. For most of its run, it was on the TGIF Friday lineup. Essentially a vehicle for comedian, Mark Curry.