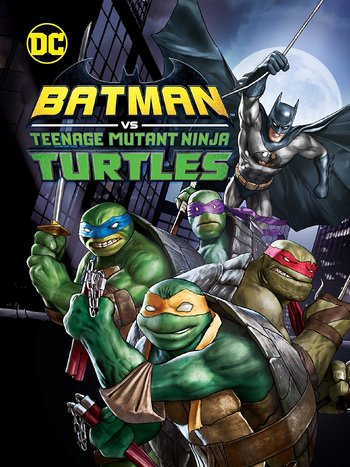 . Based on the Batman/Teenage Mutant Ninja Turtles comic book, the Ninja Turtles have arrived in Gotham City as they learned their old nemesis, the Shredder and his Foot Clan, have arrived and are seeking to ally themselves with Ra's al Ghul. However, this puts them in the sights of Gotham's protector, the Batman. Can the Heroes in a Half Shell work together with the Dark Knight to stop this deadly union?