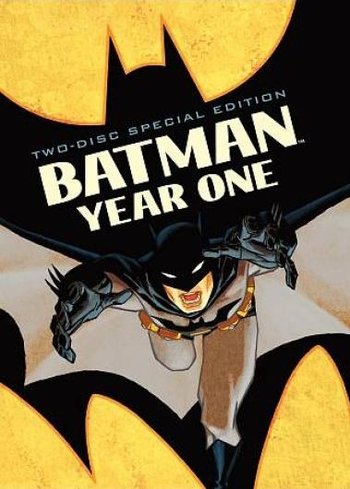 Batman: Year One is a 2011 animated superhero film, based on the four-issue story arc of the same name printed in 1987. It premiered at Comic-Con on July 22 and was officially released October 18, 2011. The film was directed by Lauren Montgomery and Sam Liu. It is the 12th film released under the DC Universe Animated Original Movies banner and was released on DVD, Blu-ray, Ultra HD Blu-ray, and Digital copy.

The animated adaptation contains examples of: