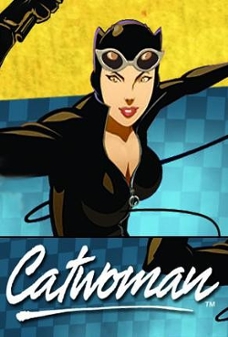 DC Showcase: Catwoman, also titled as simply Catwoman, is a 2011 short animated film starring Catwoman. It is directed by Lauren Montgomery and written by Paul Dini. The film was released in 2011 as a bonus feature on the Batman: Year One DVD, and character design and voice casting would imply that they take place in the same continuity.
Advertisement:

In it, Catwoman attempts to track down a mysterious cargo shipment that is linked to a Gotham City crime boss called Rough Cut.

This short contains examples of;