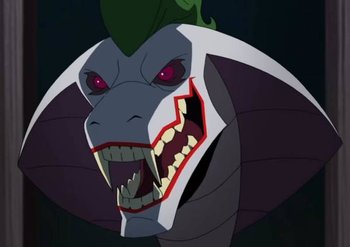 "Perhaps you’d like to see how sssssnake-like I can be!"
Advertisement: