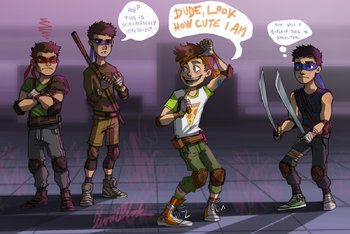 When the turtles are hit with a mysterious blue substance, an unexpected transformation occurs. Can they deal with the consequences of this change? Is it permanent? Do they, maybe, want it to be?

The fanfic can be read on Fanfiction.net