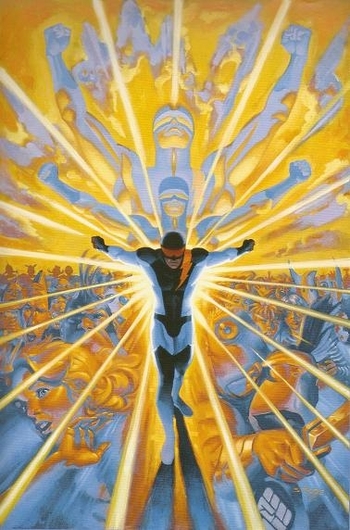 Nexus was a comic-book series created by Mike Baron and Steve Rude, and originally published by First Comics before moving to Dark Horse Comics.

500 years into the future, Horatio Valdemar Hellpop was given superpowers by the Merk in order to defend his homeworld Ylum as the costumed executioner Nexus. But these powers came with a great cost - in order to maintain his powers, Nexus was required by the Merk to kill a certain number of mass murderers per "cycle". The series follows his efforts to fulfill this grim duty while wrestling with questions about free will and morality.