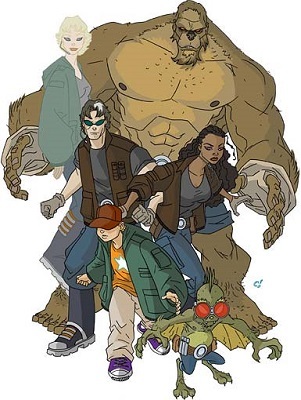 The Perhapanauts is a comic series published by Image Comics (though first by Dark Horse Comics) and follows the exploits of a team of cryptids, supernaturals and other otherworldlies within a super-secret intergovernmental agency known as BEDLAM investigating other cryptids, supernaturals and otherworldlies. The core team consists of the following members:
Advertisement:

The series started off at Dark Horse Comics in 2005 with two mini-series released through to 2008 when they jumped ship to Image and published two more series: