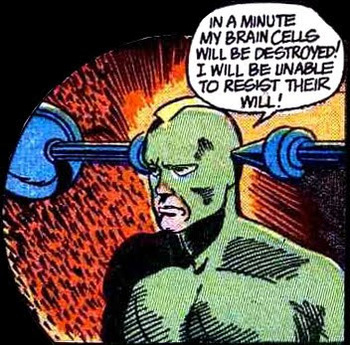 Phantom Flyer is a Superhero comic from The Golden Age of Comic Books, published by Aviation Press in Contact Comics #5.

Retired Air Force pilot Col. Danvers is secretly the Flying Phantom, defender of American Skies from the Axis powers with Kid Sidekick Kenny. In his sole adventure, he fought Nazi agents who were made into giants using super-science.