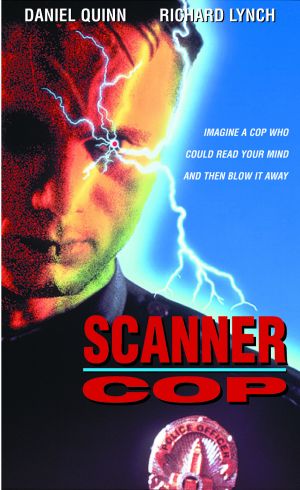 Scanner Cop (1994) is the first of two spinoff movies of Scanners, followed by Scanner Cop II.

In Los Angeles, a scanner is living in a rundown apartment with his son while going mad with psychic strain. When the police investigate the disturbance he attacks them and is shot in return, leaving his son behind. A cop on the scene takes the boy in after he sees the horrors of institutionalized psychics.