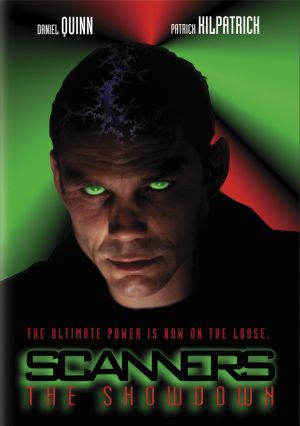 Scanner Cop II (also known as Scanners: The Showdown) is the last movie in the Scanners series, released in 1995.

After the events of the first Scanner Cop, Sam Staziak (Daniel Quinn) is still working for the LAPD, using his abilities to better stop criminals. He is also looking for any remaining blood relatives, thinking his biological mother might still be alive. Carl Volkin (Patrick Kilpatrick), a psychopathic scanner whom Staziak put away years ago for going on a murder spree with his brother has returned to target Staziak. Being weaker than his enemy, Volkin starts to resort to draining other scanners of their powers, going on another murder spree to become the most powerful psychic in the world.